Discover paradise beaches on a boat ride along the Ria Formosa, with stops at the beach and a place of interest.

At Ria Formosa, every minute counts: the experience and friendliness of our skippers help you to enjoy a personalized trip, with spectacular views, interesting details and facts about the local fauna and flora, as well as the history and the culture of the people of the Algarve coast. 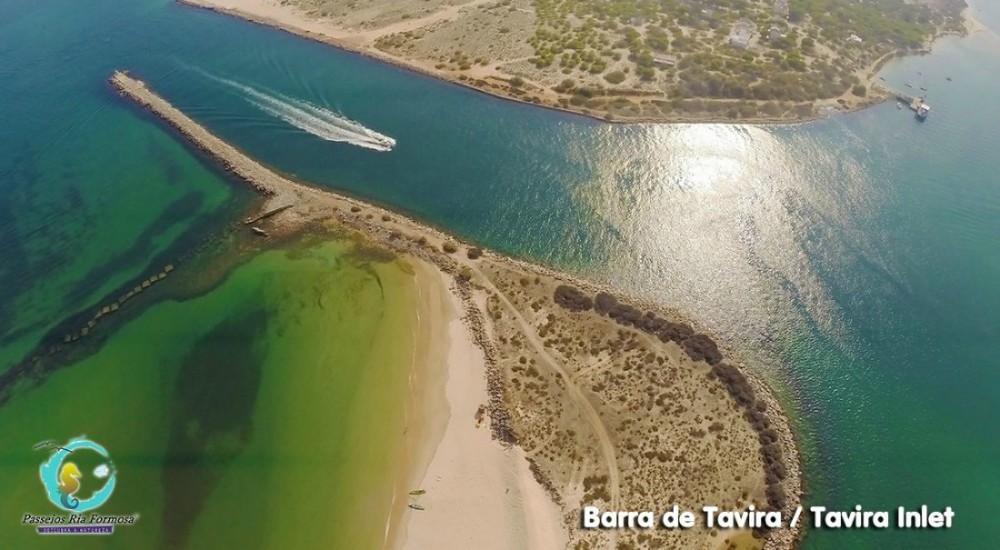 Tuna has been over the centuries one of the most appreciated and valued delicacies in the Mediterranean. In the Algarve, tuna fishing has history and tradition. There are several delicacies such as muxama and estupeta that are still highly appreciated by locals today. On this tour, which departs from Santa Luzia, you can get to know some of the places that are part of the identity of tuna fishing, such as Tavira Island (where there is still an Armação, an underwater cage for the capture of this species).

The history of the village has always been linked to the sea. The first records of inhabitants in the area of ​​Santa Luzia go back to 1577 and tell about fishermen.
The village owes its name to the first building built in the territory, the chapel, built by fishermen and dedicated to Santa Luzia, a Sicilian martyr and protector of those who suffer.

The fishing was initially done by capturing with xávegas and hook. From 1842 to the middle of the 20th century were used the appearance of the Barrel frame. As of 1927, fishermen began to dedicate themselves to fishing for octopus with rumps and creels, which led to Santa Luzia still being considered as the “capital of the octopus”.

Currently, the main activity continues to be fishing and its derivatives, but the tourism sector has had a huge development. The village is well-known for dishes based on the octopus. The village can be named resort because of factors like the proximity to Tavira (5min car ride, 2.5km), traditional activities that developed in the summer, the proximity of the Island of Tavira and the beaches of Terra Estreita and Barril. Beaches in front of Santa Luzia extremely crowded in the summer, have contributed to the growth of tourism the village.

Tavira Island voted as one of the best beaches in Europe, the route between the lagoon and the beach is surrounded by the campsite, several restaurants and bars.

Deserta beach is accessible only by private boats or water taxis. Deserta beach on the island of Cabanas is one of the favorite beaches for those who want to escape the seasonal crowd and/or stroll through the Ria Formosa Natural Park and all its biodiversity.

Tavira – a city divided by the Gilão River, flanked by commerce and restaurants, and by a historic center rich in Phoenician and Islamic archaeological remains, convents with marks from the Gothic and Manueline periods, the Renaissance churches and Baroque chapels.

Cabanas island with its beach is one of the most popular after beaches in the eastern Algarve due to its location, in front of the city of Cabanas de Tavira and easy access via private boats or water taxis.

Cabanas de Tavira – a fishing village with a riverside area rehabilitated with a new wooden walkway that runs through the village, passing countless cafes, restaurants and craft shops.

If you are on vacation and are unable to find the transport to the place where your tour starts, our team will arrange your transport (an additional cost).

When you visit any web site, it may store or retrieve information on your browser, mostly in the form of cookies. Control your personal Cookie Services here.